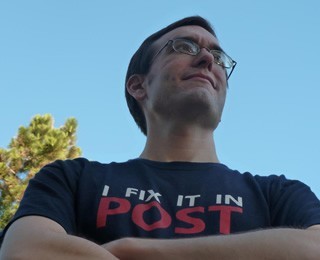 By Daniel Witt - April 29, 2014
How many backups does a backup need, before a backup is backed-up?

It’s a good question, and one that everyone should be asking themselves. Creating awesome video content means storing lots of data. Often times we’re capturing video at a one-time only event, meaning it can’t be replaced. Even on the animation side of the house, so much time goes in to creating even a short animation that it cannot be easy replicated if lost. That’s why we put so much effort into making sure that our data and our client’s data is properly backed up.

Today’s data storage mediums are susceptible to two main weaknesses, mediums and locations. Medium weaknesses involve the type of storage, whether it’s a hard drive failure, a fried USB stick, deteriorating and scratched DVDs, or even closing online backup solutions. Location weaknesses could involve thefts, disasters, and simple accidents. With data living on tightropes, having more ropes to support your data is always a good idea in case one rope breaks.

This philosophy rings true with video production. Footage is written to a solid-state medium like an SD card, which is then copied to a computer for editing. If that footage is corrupted or deleted along the way, that footage is lost. There’s no tape to go back to and no fallback method. Because of this critical nature, footage needs to be backed up as soon as it leaves the camera. And then backed up again, and again, and again.

Why back up the backup? Again, it goes back to the fact that all mediums have their weaknesses. The goal is to overcome both the medium weakness and the location weakness at the same time. By doing so, you reduce the overall risk of losing your data.

With that in mind, we have a backup strategy that starts with the shoot:

You may notice most of our backup storage involves hard drives. At the moment, they are the cheapest method of storing data. They definitely do have their weaknesses, such as a short shelf life, higher failure rate than other mediums, and fragility. By varying the brands of hard drives we buy, and staggering the buy rates, we vary the hard drive failure risk enough to ensure that not all drives will fail at the same time, allowing for time to replace the failed drive. In the future, we’ll be looking at tape-based and online cloud backup as additional options.

Imagine the feeling of terror you’ll feel once you find your server crashed, or the office was broken into and all the drives are stolen. Your responsibility is to protect your data. Take the time to think about all the disastrous possibilities that could happen to the livelihood that is your data, and create ways to protect against it. Good luck, and back it up!