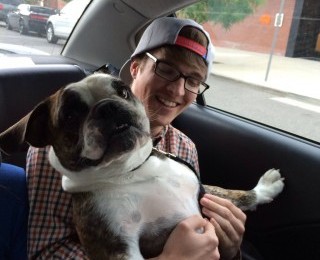 By Alex Yorchak - June 13, 2016
Why subtitles are key to your next Facebook video campaign

Are subtitles the key to your next facebook video campaign?

If you’re trying to leverage facebook video in your next marketing campaign, user engagement and video completion should be two of your top goals. Today, let’s start with the former.

While the video starts automatically, audio features are muted when the video starts. This makes a lot of sense, as facebook understands that people just scrolling through their news feed silently don’t want to have audio suddenly blaring through their speakers. This is apparent by the fact that both Mic and LittleThings, facebook pages with 150 million monthly video views, say 85% of their 30-second videos are watched with the sound off.

With this in mind, Hotels.com recently lauched a very successful ad campaign (5 million views in the first 3 weeks) that pokes fun at the fact the majority of facebook videos are viewed without sound.

Therefore, brands should be treating Facebook video as if it doesn’t have any sound at all, making subtitles less of a feature and more of an absolute necessity. Inc.com said not including subtitles for a video may be “one of the biggest mistakes” marketers make on Facebook.

Besides being able to convey contextual information that would otherwise be lost when a video is muted, subtitles add an element of visual interest that can grab a user’s attention. Facebook’s CMO Gary Briggs suggests companies start putting subtitles on the first few frames to capitalize on silent autoplay and to catch a viewer’s attention.

Take this video for example. Now, despite the fact that the kitten is ridiculously adorable and absolutely everything, the video leverages subtitles to peak users interest in the first 3 seconds. Additionally, notice that the subtitles in this video aren’t just sitting at the bottom of the screen in a small, white font. The subtle motion graphic treatment makes them impossible to ignore.

When a user starts reading subtitles, it is more likely that they’ll watch the entirety of your video. Refinery29 also found that subtitles improved user engagement, increasing the number of likes the video got by 10% and increasing the rate of comments on the video by 29%.

So the next time you’re creating a video that is intended for facebook, think about how the message would come across if it were a silent film.

But if thinking about facebook video audience metrics doesn’t exactly get you excited, talk to the local experts at One Floor Up. We will spare you the technical details and get straight to doing what we do best.